The Local Management Committee is a task force set up as per the guidelines of Maharashtra University of Health Sciences (MUHS). It comprises members from the Management, Members from Teaching and Non - Teaching staff and experts in different fields nominated by the Management. The Committee meets twice a year to discuss various issues related to Undergraduate and Postgraduate Teaching and to ensure smooth functioning and development of the College.

The Somaiya College of Physiotherapy has formed a Local Managing Committee comprising renowned experts from various fields. The meeting of members of the Local Managing committee is convened twice a year and aims at monitoring the progress of the institute by periodically reviewing the activities of the institution. Issues regarding admissions, finance,budget, academics, grievances, student and teachers related matter are addressed. Action is taken in a systematic manner. 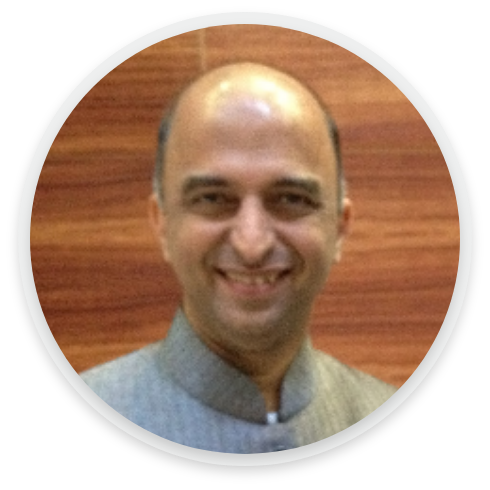 Samir Somaiya is Chairman and Managing Director of Godavari Biorefineries Ltd., Chairman of The Somaiya Trust, the K J Somaiya Medical Trust, Girivanvasi Educational Trust, Girivanvasi Pragati Mandal, President of Somaiya Vidyavihar & Owner of Kitab Khana. He was the Chairman of the Education Committee of the Indian Merchants Chamber and is a member of the Green Chemistry Initiative of the Scientific Advisors to the Government of India, the Federation of Indian Chambers of Commerce and Industry, the Indian Chemical Council, the Cornell University Council, and the Advisory Board of the School of Chemical Engineering of Cornell University. 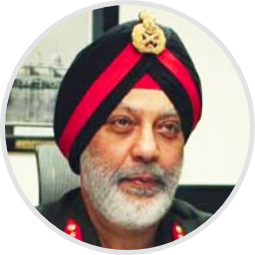 Lt. Gen (retd) Jagbir Singh is the Secretary for the group of various Trusts under the Somaiya Umbrella. A graduate of the National Defence Academy he was commissioned in the Indian Army in June 1978. A recipient of four Presidential Awards, he held numerous important appointments during the course of his illustrious career spanning almost four decades.
In addition to combat and command assignments at various levels he has also been involved in the conduct of numerous studies associated with formulation of strategy, operational concepts, force structuring and transformation of the Army. An alumnus of the National Defence College, New Delhi, he has been a member of the faculty at the prestigious Defence Services Staff College at Wellington.

In his last assignment in service Lt. Gen. Jagbir Singh had administrative command of the Indian Army in Peninsular India which also included a number of training, medical and educational establishments. He holds an MPhil Degree in Defence and Strategic Studies from the Madras University. 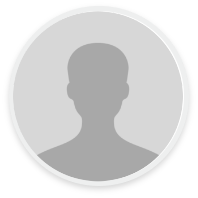 Dr. Raghunath K. Shevgaonkar is a scientist and academician who provided dynamic leadership in Engineering Education in India for more than four decades. An alumnus of, MITS Gwalior, IIT Kanpur, Indian Istitute of Astrophysics/Raman Research Institute Bangalore, and IIT Bombay, his research spans over a wide range of areas like, Radio Astronomy, Fibre Optic Communication, Electromagnetics, and Antennas..

He played a key role in commissioning one of the world’s largest Low Frequency Radio Telescopes in India. Also, he studied the Sun at radio frequencies using the world’s largest radio telescope, the Very large Arry at New Mexico, USA. He received Ramlal Wadhawa and IETE CEOT-94 awards for his outstanding contributions to radio astronomy and opto- electronics.

He is a pioneer of e-learning initiative in India. His video and web courses on Electromagnetics and Optical Communication are highly acclaimed worldwide. His solo textbook, “Electromagnetic Waves” by McGraw HillEducation, is one of the most widely used undergraduate textbooks on electromagnetics in India and other countries. He is the first non-American professor to be conferred upon the prestigious IEEE UG Teaching Award. He is also a recipient of SN Mittra Memorial Award of Indian National Academy of Engineering, VASVIK Award, IEEE William Sayle Education Leadership Award, Excellence in Teaching award of IIT Bombay, Education Leadership Award from Headlines Today, Dewang Mehta Educational Excellence Award, and many more.

He has played many leadership roles at IIT Bombay like, Deputy Director of Finance and External Affairs, Dean of Resource Mobilization, Dean of Student Affairs, Head of Electrical Engineering department, Founder Head of Distance Engineering Education Programs, etc. He was Director of IIT Delhi, Vice Chancellor of University of Pune, and Vice Chancellor of Bennett University. Currently, he is Professor Emeritus of IIT Bombay. 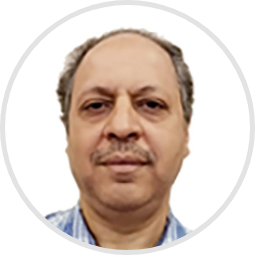 He is finance chief and accounts officer at somaiya vidyavihar university. 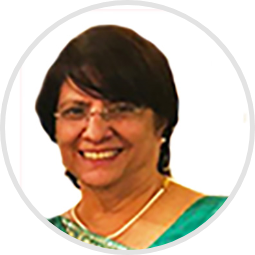 Professor Dr Mrs H.S.Writer currently a member of the LMC at Somaiya College of physiotherapy has been in the forefront in the development and growth of the Physiotherapy Profession in the state of Maharashtra . As the ex Dean Faculty of Allied Health Sciences , Chairperson of the Board of Studies and member of Academic Council and Board of Research, she had an opportunity in raising educational standards, enhancing skill training and promoting research attitude among students and faculty. As a member of ethics committee in academic research at T. N. Medical College and Nair Hospital and K J Somaiya College of Physiotherapy, she has promoted high standards of ethics in research and good clinical practice.

As a member of Maharashtra State OT PT Council, she inspected the functioning of educational institutions and addressed administrative issues and grievances 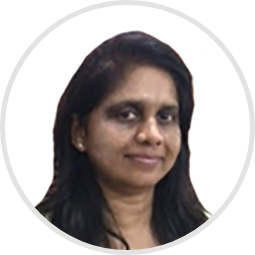 Karen Pavri graduated as a Physiotherapist, from the School of Physiotherapy, Seth GS Medical College & KEM Hosp, Mumbai. She did her Post graduate studies from AIIPMR, Mumbai.She served as a Post Graduate teacher & Head of Department of Physiotherapy at All India Institute of Physical Medicine & Rehabilitation, Mumbai. She has Professional experience of 39 years. Her speciality area is Biomechanics and Kinesiology of the Musculoskeletal System. She was awarded a WHO Fellowship, for study in the field of Gait Analysis, at the Ohio State University, USA.

Thereafter she developed the Gait and Motion Analysis Laboratory at AIIPMR, Mumbai. She was appointed by the Ministry of Health and Family Welfare, Govt of India, as a Member of the Physiotherapy Taskforce for formulation of Curriculum for Physiotherapy. In 2016, she was appointed as International Faculty, by WHO, for clinical training of Orthopedic Surgeons, Physiotherapists & Orthotists, for the Management of Poliomyelitis, in Dushanbe,Tajikistan. 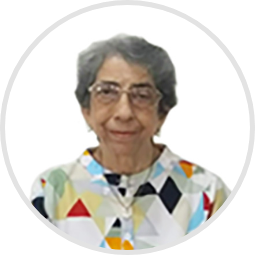 She continued to upgrade herself by attending various courses in United Kingdom for 3 years which included Manual Therapy, Bobath Therapy, Rehabilitation of Stroke, Head Injuries & Spinal Injuries. Later, she did underwent a hands-on training and work experience in Neurorehabilitation at Kliniken Valens, Switzerland. She also specialised there in Maitland’s Mobilisation techniques, Neurodynamics, Aquatherapy, Proprioceptive Neuromuscular Facilitation, Speech & Swallowing Therapy and Cognitive Rehabilitation.
In 1983, she came back to India and continued her private practice. In July 1984, she was appointed as a Consultant Neurophysiotherapist & Head of the Neurophysiotherapy Department at the Bombay Hospital Institute of Medical Sciences & Research Centre, Mumbai, India. She continues to be in service till date.
She was a Faculty Member at College of Allied Health Sciences, MAHE, Manipal, India. She is a member of the Local Advisory Committee of the K. J. Somaiya College of Physiotherapy, Mumbai, till date. She is also a Faculty Member at the MGM Institute of Physiotherapy, Navi Mumbai.
Over the years, she has worked with eminent founders of Physiotherapy like Dr Mrs Bertha Bobath, Ms Patricia Davies, Sir Ludwig Guttman, Gisella Rolf, James MacMillan, Neuropsychologist Affolter and many more.
Ms Roshan is a Member of the Indian Association of Physiotherapists. Founder Member of the Physiotherapy Private Practitioners Group, Mumbai and was the President (2000-2001). She has published scientific papers in national and international journals and presented papers at the National Conferences and at the 7th World Parkinson’s Day International Symposium. She has been awarded the prestigious award of the ‘Indian Medico Award’ for the advancement of the Physiotherapy Profession by the Indian Association of Physiotherapists in January 2006.
She has treated a wide range of patients helping them reach their functional independence. She has been a teacher to the budding physiotherapists all through her years of work by conducting post graduate courses all over India.
Over her 66 years of professional practice, she has been a student, teacher and a guide to one and all and she continues to upgrade herself professionally. She rightly holds herself to the motto “ Learning is from womb to tomb”. 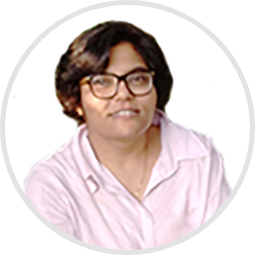 Geeta Bhatt is the Professor and Head of Department, Neuro Physiotherapy. She has been associated with K.J. Somaiya College of Physiotherapy since its inception in 2002. She has specialized in Neuropediatric Physiotherapy management. She teaches the undergraduate as well as post graduate program at the Institute.

She has won the Somaiya Award for Promising Faculty. She is also the PhD coordinator. She is a part of many committees like Administrative committee Grievance committee, Undergraduate Research Committee 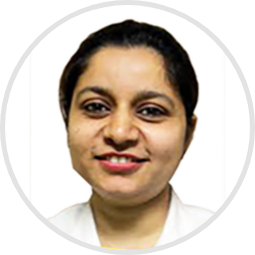 She is the Professor and Head of the Department of Cardiovascular and Respiratory Physiotherapy. She has been working in this institute since 2005. She is a part of many committees in the Institute such as Examination Committee, Finance Committee, Administration committee, Undergraduate Research committee.

She is also the Interns Incharge and Coordinator for the Internal Quality Assurance Cell of the Institute. She is one of the members in leading the process for National Assessment and Accredition council for the Institute. 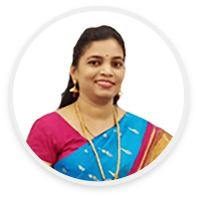 is working as an Administrative Officer at K J Somaiya College of Physiotherapy. She has diversified experience in the field of administration & HR. She looks after the administration department of the College. 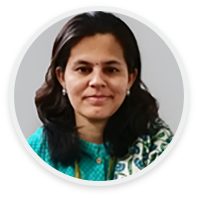 Dr. Shweta Manwadkar (PT) is the Principal and Professor of K J Somaiya College of Physiotherapy. She graduated from LTM Medical College and achieved postgraduation in “PT in cardiovascular and respiratory diseases” from Seth G.S. Medical college and KEM Hospital . Her vast experience of treating patients in the ICU , wards and OPDs and her passion for teaching proves beneficial in imparting theory and practical knowledge to students.

Dr. Shweta Manwadkar (PT) is grateful for the opportunity of this role and the trust and the cooperation of the teaching and non teaching staff, through which she can ensure developing each student into a highly skilled professional and a compassionate human being. With her constant efforts and with excellent management support, the college has expanded its reach. The undergraduate student strength is increased from 40 to 100, Post graduate from 15 to 24. PhD students too are admitted.
Her vision is aligned with the institute vision and mission of “Excellence in education and service” and she and her dedicated team keeps taking committed actions in that direction and keep achieving higher levels of success ongoingly. 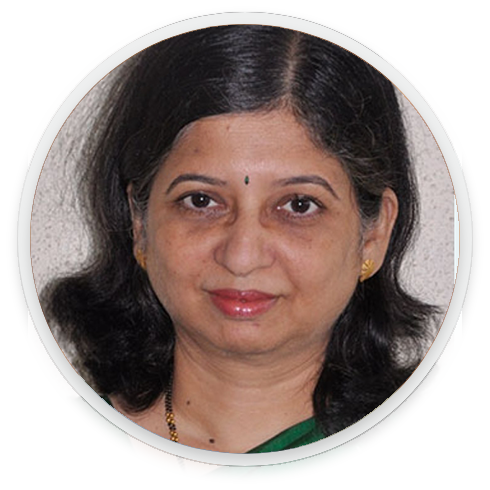 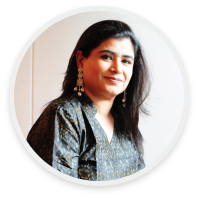 More than two decades of experience as a journalist in both B2B and B2C verticals as an editor, Babita Krishnan wanted to explore a different field – that of academics. She has been a part of Somaiya Vidyavihar for the past 5 years and is in-charge of Student Welfare, Alumni Relations and Campus Administration. She also is a visiting faculty for the students of Mass Media in Somaiya Vidyavihar and has mentored more than 300 potential media professionals. Babita is an English Literature Graduate and an MBA in Market Research. 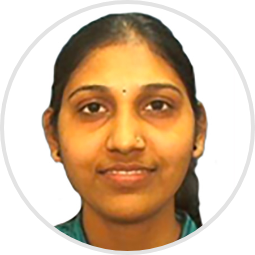